A  spectacular March Sunday sent us home from church to change clothes and head out for a hike at Ledges State Park near Boone.  Before our hike we would grab lunch.  Where?  It remained to be seen.  I was hoping for a small town greasy spoon; someplace you enter and people look you up and down and think, “city folk”.

Apparently the people in the tiny towns we passed through eat at home on Sunday because we didn't find one open diner.  As we approached Boone we had to tell the girls, more than once, “No, we are not eating at McDonald's”.  Were it not for Doug's glimpse of  “maybe a restaurant on the next block over” we wouldn't have found the Colorado Grill.

The restaurant is very unassuming from the outside and the inside.  A bar is just beyond the entrance and three dining rooms provide ample seating.  The Sunday lunch crowd was thinning out and we were shown to a sunny room.

The decor was spare and tried to have an old-west feel to it.  But the place was kid friendly, beginning with the goodie bags waiting by the door.  Each small bag contained the required place mat to color, a plastic ring and stickers.  The girls were each given a small wire basket of crayons.  Our drink order was taken quickly and Doug, having seen Irish Nachos on the specials board- and loving anything “nachos”- ordered the appetizer.

When our drinks returned we placed our order from the standard fare for a hometown Iowa grill- with a few surprises. 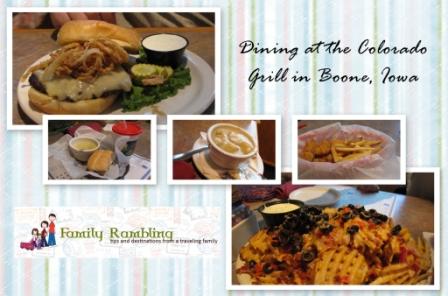 Our food was all delivered quickly, by a very pleasant waitress.  The Irish Nachos came first.  Now, the only thing “Irish” about these is that they were potatoes.  That said, they were hot and oozing with melted cheese.  The serving was huge; more than enough for the four of us.  Also in the potato category was a creamy baked potato soup with huge chunks of potato and a creamy base.

The girls, being creatures of habit, stuck to their “usual”- one ordered a cheeseburger, the other chicken nuggets.  The cheeseburger was slider size; perfect for kids.  And the nuggets were hand cut and dipped- you could tell they didn't come frozen in bulk.  Doug ordered the Aspen Ranchero burger, cooked to a perfect medium, and topped with fried onions.

I decided to try something different. 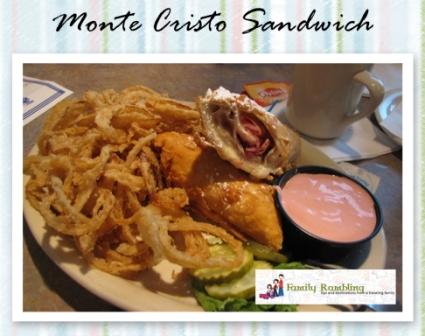 The Monte Cristo sandwich varies across the country.  I had never seen it in a wrap before and was intrigued by the raspberry cream sauce served on the side.  Sliced turkey, ham and white American cheese are rolled, lightly breaded and fried, then sprinkled with powdered sugar.  Though I think the raspberry cream sauce may have been yogurt it didn't change the fact that this was a really good sandwich.  With the hand cut haystack onions on the side I was happy.  (And full…  much of our lunch accompanied us home for dinner!)

The Colorado Grill is located near the intersection of S. Story Street and Highway 30 in Boone.  (Map here)

The website doesn't list hours of operation, but they were open on a Sunday, they had a bar, and they don't serve breakfast so I'm going to guess that they are open from around 10am til at least midnight.

Kids meals are $3.79 and include drink, ice cream and side (fries, applesauce, garlic bread or mashed potatoes). 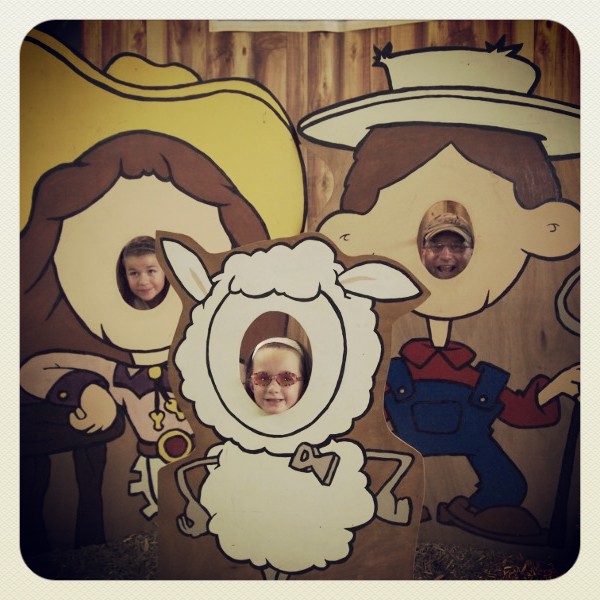 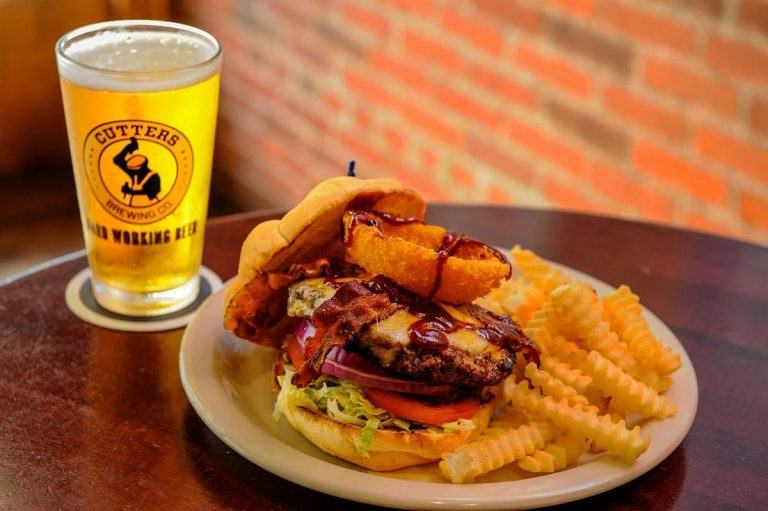 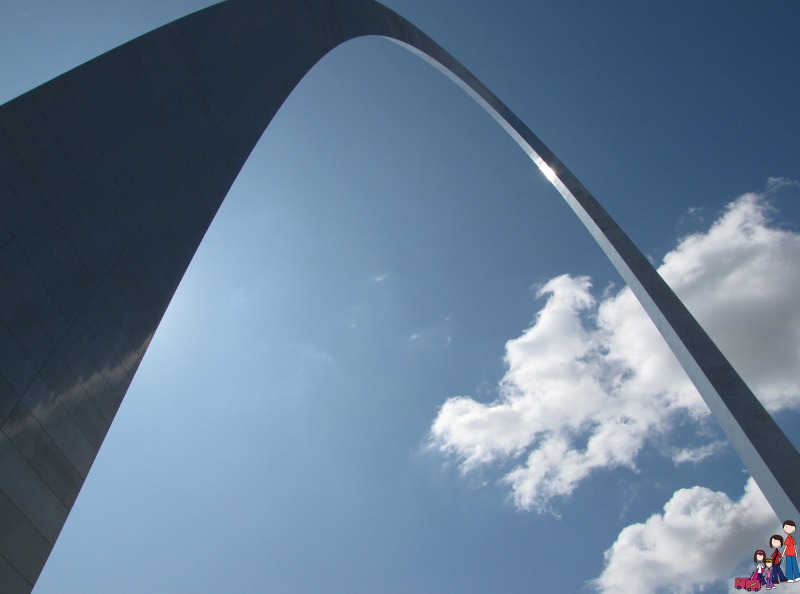