About half an hour west of Des Moines lies the tiny town of Dexter. Dexter may be most well known as the location where Marvin and Blanche Barrow, of Bonnie & Clyde notoriety, were captured.

Lesser known, but nearly as famous, are Drew's Chocolates. Drew's Chocolates began in 1927 when Helen Drew began making candy in her Dexter home. Today Drew's is in the same location, on the west edge of Dexter. 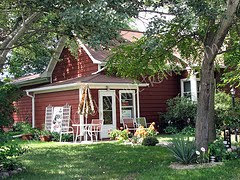 The house is unassuming though the small sitting area just outside the door invites you to relax for a bit and enjoy the treats you've purchased.

After entering you carefully walk down the steps into the basement shop. Suddenly you have left the tiny house and have entered a chocolate haven. 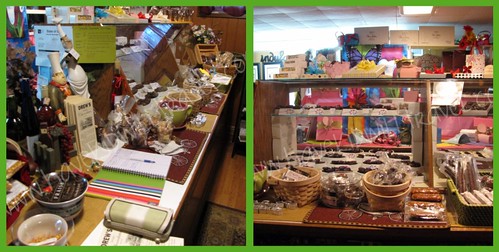 Drew's Chocolates are made using original recipes and equipment. Each piece of candy is fork dipped. The display is filled with treats, one more delicious than the next. Homemade creams, indulgent chocolate covered fudges, buttery caramels and crunchy toffees vie for your attention along side chocolate dipped gummy bears (my daughter's favorite) and the addictive chocolate dipped red licorice. You'll want to sample the Drew Drops: roasted pecans and vanilla caramels covered in chocolate.

Drew's is definitely worth the stop if you find yourself along I-80 west of Des Moines. 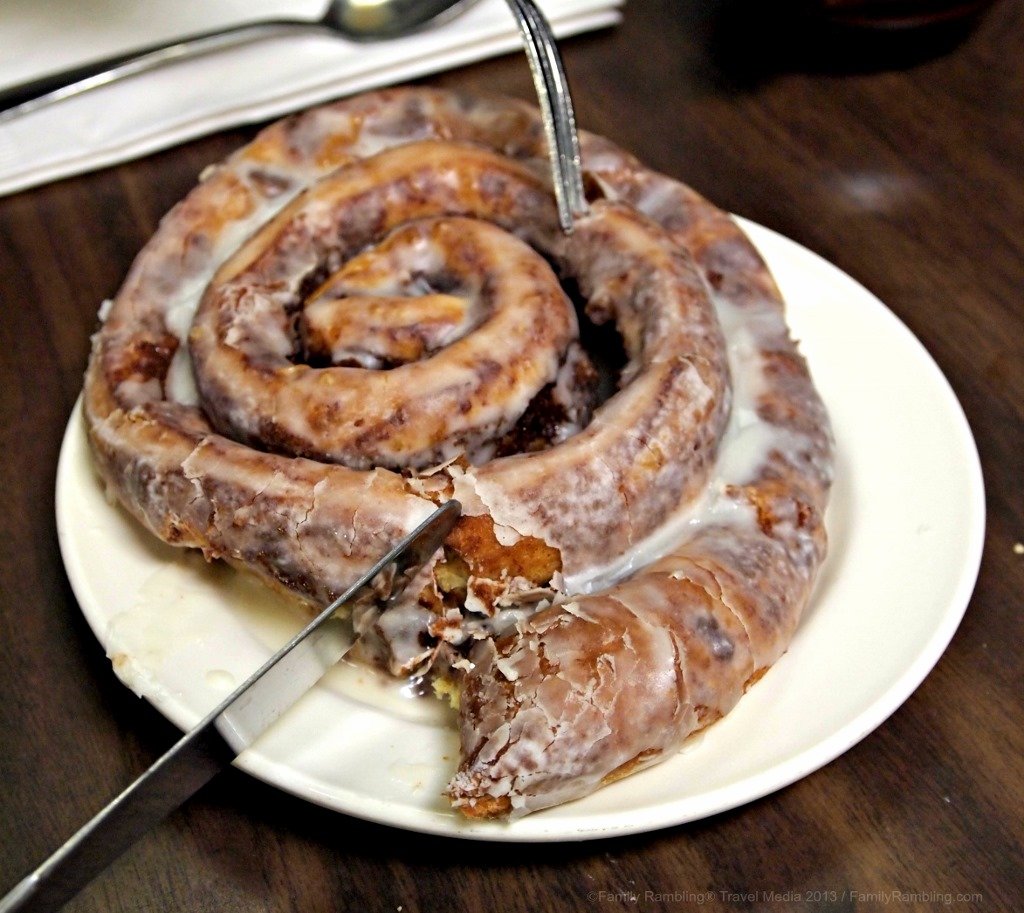 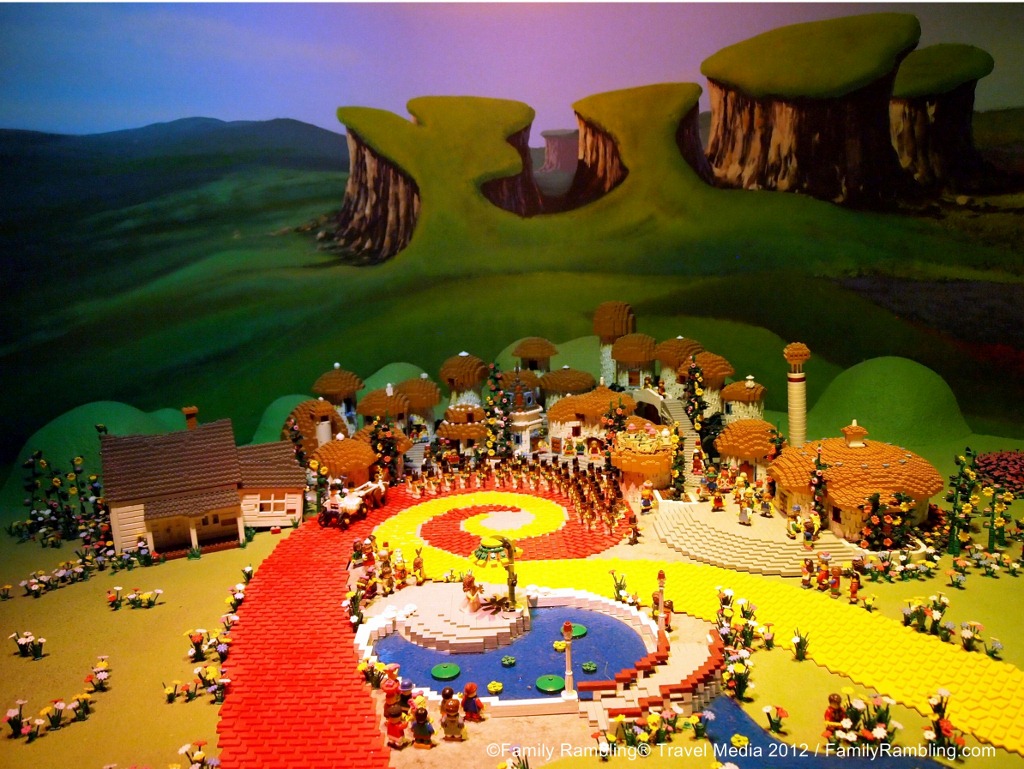 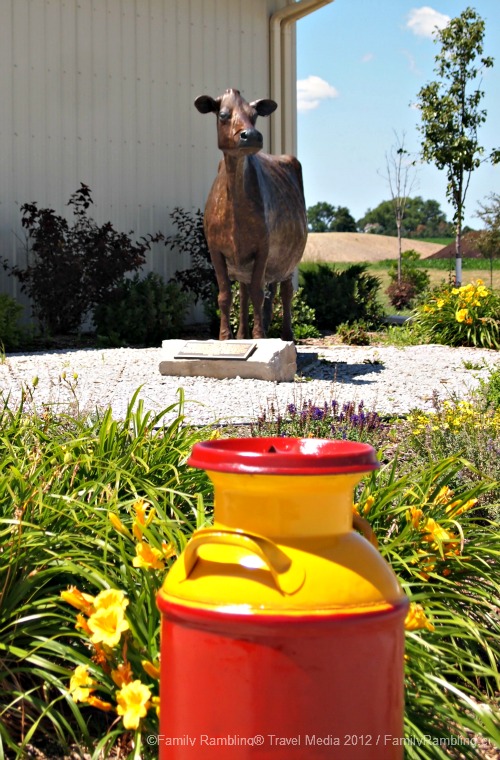