Great information from Jessica O'Riley. Jessica is the Tourism Communications Manager for the Iowa Tourism Office.

Iowa's my home state, so I have heard probably everything anybody could say about Iowa. You know, most often the confusion is the whole Iowa, Idaho, Ohio thing, which I find funny and probably people from Idaho and Ohio find it funny too, because we just can't understand how anyone can get the states confused. But then there's also the misconception that Iowa is just all farmland, all flat and not a lot happens here. Let's blow those misconceptions just completely out of the water.

Iowa is not flat, I promise you. The northeast corner in fact, is where the glacier missed. So if you want to see soaring river bluffs that's your neck of the woods right there.

The only remaining Frank Lloyd Wright designed hotel in the world, that's right in the world, is located right here in Mason City, Iowa. We also have the Loess Hills out West, which is comprised of this gritty soil. The only other place it gets to the same depths is in China.

Iowa has a lot going for it. Obviously, has a lot of farm land. We feed a lot of the country, but it has so many other attributes that people might not think they would find.

What are the kinds of things that people are interested in when they come to Iowa? What are they looking for and what kind of things might they find that they might not expect.

We've found that people don't have a negative impression of Iowa. They just often don't have one. Like, they haven't considered Iowa. It's not even on their radar screen or they're like, I don't know enough about it to have an opinion.

But if we can get them here to experience all we have to see and do they are blown away by all our opportunities.

The High Trestle Trail Bridge in central Iowa is world renowned for its architecture and stunning views of the river valley.

I'm lucky enough that the High Trestle Trail actually begins in the town I live in; this is the trail that I ride so often throughout the summer. And even I'll drive out there and just watch it at night. It's such an amazing bridge and piece of architecture.

That is just one of the amazing trails we have in Iowa. We have, I think it's like 2000 miles of bike trails if you want to. And all sorts of corners up in the Driftless Area and Decorah, the Trout Run Trail, parts of it are flat, but then parts of it are switch backs and bluffs.

Iowa has an amazing state park system. Some of them are popular parks like Backbone State Park in Northeast Iowa. And the Maquoketa caves are fantastic.

Something people might be very surprised we have in Iowa are whitewater courses. There are three. The first one was in Charles City and now Elkader and Manchester each have a course.

Obviously we produce a lot of food here in Iowa. We have just acres and acres of corn field and soybeans. And then I think a fact that I've heard bandied about is more pigs than people. So lots of great bacon. But there are other food opportunities here in Iowa that people might be a little surprised about.

I think when people think of Iowa, they might think of the Tenderloins. Every year the Iowa pork producers name a best breaded Tenderloin in the state. So we've sort of adopted that. Follow the Tenderloin Trail and start eating your way through Iowa that way.

You will also find a lot of great cheese manufacturers. Like the world famous Maytag Blue cheese, we've got Milton Creamery, Kalona Creamery, WW Homestead Dairy in Waukon boasts themselves as the cheese curd capital of Iowa.

If you cross Iowa on I-80 and you want a really great meal, near Iowa city are the Amana Colonies. If you like German food, that is just amazing.

Or visit Blue Bunny in LeMars, which is the ice cream capital of the world. One of my favorite places to visit. Their ice cream shop is just wonderful.

Beyond the food we have wineries, and cideries, distilleries, and breweries. And I think what's great about them when you go visit their tasting rooms, they are so passionate about their product that they can't help but gush about it to you. And so you just sort of get sucked into their experience.

What about historic spots in Iowa? We have quite a few because if you think way back Iowa was kind of the last settled area before you went west. We had a lot of important historic spots.

There are also large Amish communities, large Mennonite communities and Dutch communities. You will find a lot European history here in Iowa that come from our immigrant settlers through the last 150, 200 years.

You could ‘travel Europe without leaving Iowa' 'cause you can go to Elkhorn and see the Danish windmill. There actually was a windmill from Denmark that was dismantled and then rebuilt here in Elkhorn in the 1970s. But then we've got the national Czech and Slovak Museum and Library in Cedar Rapids. We've got Norwegian heritage in the Northeast corner. Swedes in Pella and Orange City for Dutch heritage. So you really can get a whole European flavor without even leaving the state.

Iowa has a few places that are known world over, some in parody, some in song, some in movies.

Field of Dreams movie came out I think in 1989 and people still flock to the field and I love that it is free. Like, you can just pull up and every time I've ever gone there are cars from other states.

One of my favorite stories, there was one time I was there with a group of Japanese journalists. I was, you know, touring them around the state. And we happened to land there on Father's Day which is an amazing time to be at the Field of Dreams, because there were so many dads playing catch with their kids. And here was Tony Orlando, that was the gift from his kids. His kids had delivered him to the Field of Dreams. And so here's Tony Orlando talking to this Japanese journalist. And I thought baseball's like the universal language. They really are having a conversation that you would think like, how would this work? And I thought the funniest thing was someone said, we were talking about it being free, and someone said to Tony Orlando, like, “Can you imagine if this was in New York?” And he's like, “Forget about it.”

But beyond Field of Dreams, we have the Bridges of Madison County, which was a very popular book and then a movie. The covered bridges are a popular attraction.

The Iowa State Fair, which I know people will argue, I think it's the best state fair in the country. There were musical and movie.

Lauridsen Skate Park opening in Des Moines. May 22nd is the grand opening. It will be the country's largest skate park. It's over 80,000 square feet with all these certain features that mean things to skaters, but not really to me, but we're very excited. That's been like years and years in the making and it's located right downtown Des Moines next to the river. So it's a wonderful spot. And we're hoping to draw lots of people for competitions and visiting the downtown district.

Reiman Gardens is an outdoor garden in Ames, home of Iowa State University. Sycamore Falls is finally opening, an expanse to their original gardens. It's a stunning, stunning addition to the park. And this summer they have an origami exhibit. So if you think about, you know, how graceful and stuff that origami out of paper is take that times 27 or something and make it out of metal and place that in the garden. So it's gonna be fantastic. Opening this spring.

Field of Dreams will be hosting a Major League Baseball game right here in Iowa. Regular season should be the Chicago White Sox against the New York Yankees. I need to be clear that they're not playing on the actual field. They've actually constructed a temporary stadium modeled after Comiskey park, which is where the White Sox played. And they've just opened a new museum with memorabilia and such related to the movie, and a mural outside the building with the corn stocks and some ghost players so you can slip yourself in there and get your photo taken.

Use traveliowa.com to help you plan, but if you want a hard copy of the fantastic Iowa travel guide, you can place your order right there on the website. 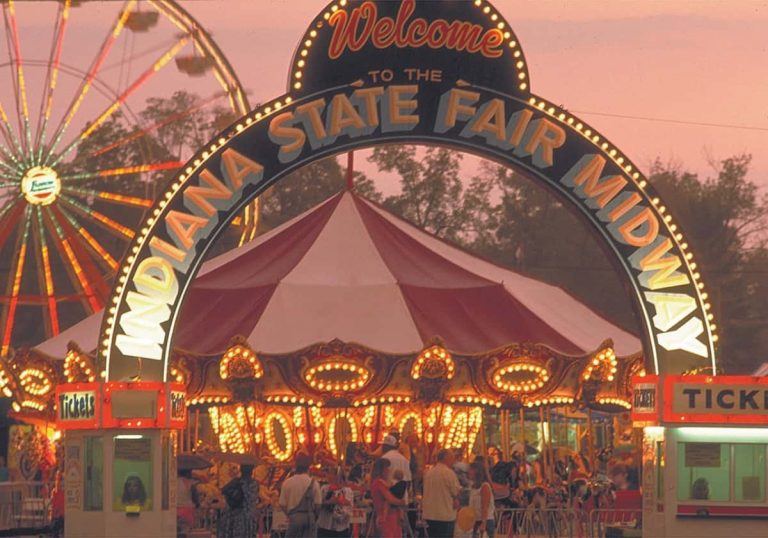 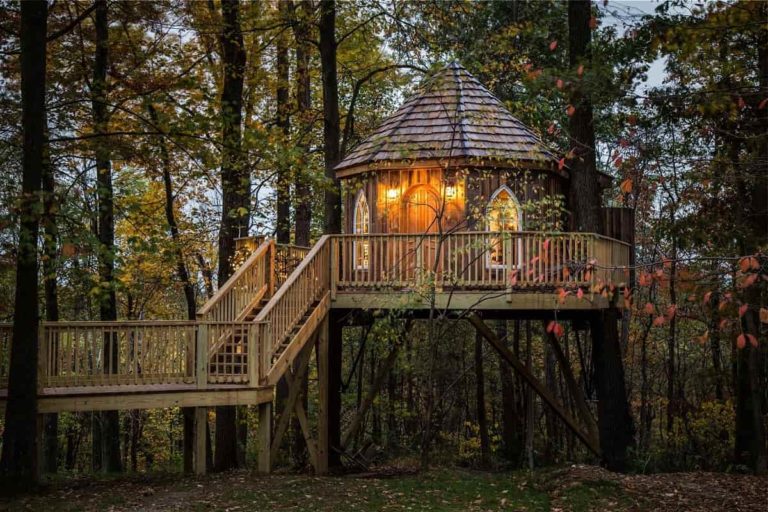 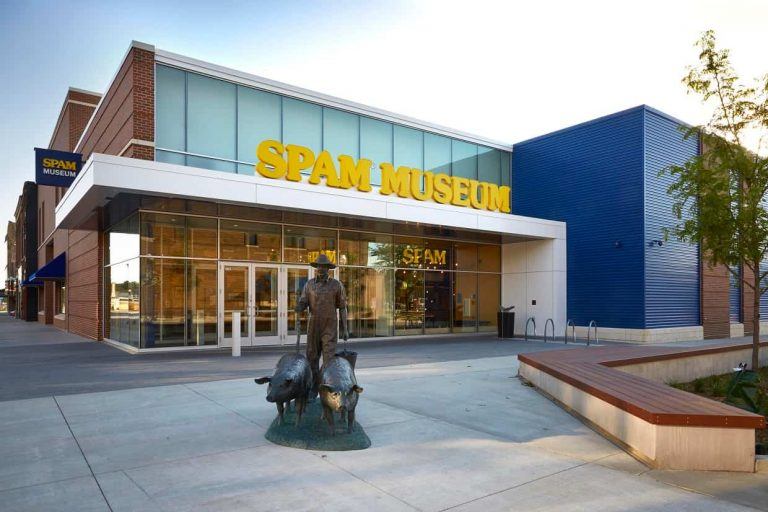 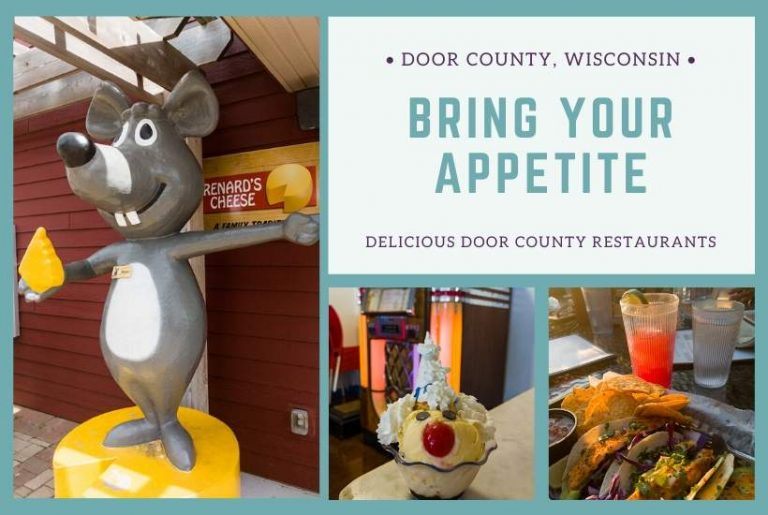