Our first stop in County Kilkenny was Jerpoint Abbey. Located just outside of Thomastown you really can't miss it as it nestles up to N9 (a major roadway). We received a great lesson on the history of Jerpoint Abbey from Sheila in the interpretive center- be sure to stop in, you will notice more as you tour the abbey.

Note: Jerpoint Abbey is an OPW Heritage Site. Admission is included with your Heritage Card. If this is your first stop you can purchase a card here for use at other OPW sites.

Most Cistercian abbeys do not have the carvings and artwork that you see around Jerpoint Abbey which suggests a break from the original rigour of the Order.

The photo below shows the cloister. This is where the monks would have slept. This is also where you will see the amazing carvings and round arches which were very ornate. This one of a knight is especially easy to see; some are quite worn with age and time. What you may have a difficult time seeing is that little indentation to his left (the right looking head on). Medieval abbeys are amazingly beautiful even in their ruined state. It is impossible to imagine people with no modern tools and machinery building such magnificent structures that have lasted hundreds of years. The nave and the north aisle are incredible to stand in. You feel very small as you walk through the arches and marvel and the skill that went in to creating a structure like this. Of course the girls just thought it was fun to play in the “tunnel”. Our favorite part of Jerpoint Abbey, though, was the size of the Cloister Garth (the open green space in the center). It is much larger than many and the girls had a great time running around, peeking through the round arches and hopping over low walls. Be sure to climb the stairs beside the tower for a beautiful view down into the cloister. And a great game can be made of finding the grotesques- like this little guy: If you are heading in to Kilkenny Town from Jerpoint Abbey try to find Clara Castle, a 15th century national monument. It is located 4.5mi/7km east of Kilkenny, reached on a minor road which branches left off the N10. It is an unusually well-preserved six-story tower house which still has the original oak beams, giving an excellent impression of the character of a fortified dwelling of the period. Among features of particular interest are the forecourt, a passage with a “murder hole” (a hole in the roof through which intruders could be pelted with missiles), a fine fireplace and a secret room.

Now, we missed the road; there is supposed to be a small sign (but maybe it is only visible if you are coming from Kilkenny Town?) According to resources there should be signs to follow along the minor road, as well. And, according to Frommer's you can request a key from the Murphys who live in the first house past the castle on the right.

Clara Castle is an open site and currently has no entry fee. 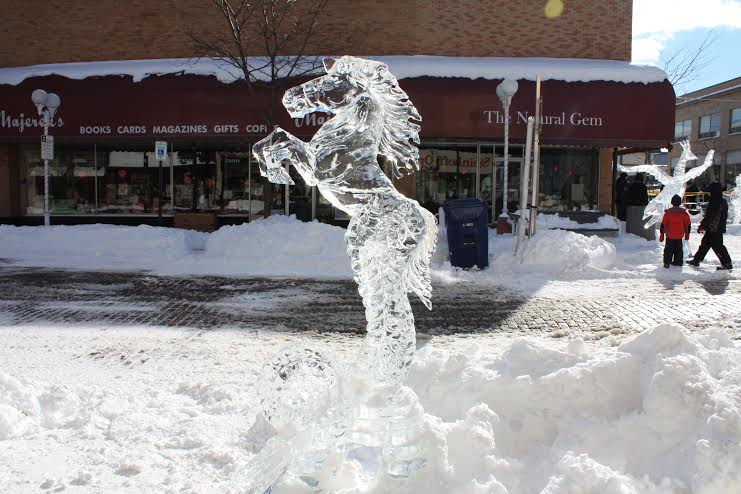